Brazil: Silence of the wolves (or "Silence gives consent") 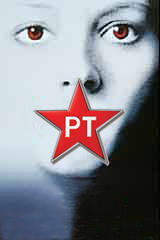 This article was published by the brazilian site Mask Less Midia

President Lula da Silva has been elected in 2002 after decades of massive support from our intelectual elite. These people never saved efforts to paint Workers Party and its leader as the most ethical, untouchable & uncorruptile people on earth. Meanwhile they never stop from throwing false accusations against their enemies. But, suddenly, after the huge wave of corruption that came from the core of such "ethical" government started to wash the former "lighthouse of virtue, exposing their attack on Brazilian democratic institutions in a mob fashion, their voices disappeared from the media. This article comments the reason behind their "silence vote".

"Silencer" is a device used to stifle the detonation sound of a gun ; It also can be used to define people or groups of people who have the function to keep important eyewitnesses in silence through expedients of physical threat and moral intimidation; "Silencers" also was the term used to identify pretense Federal Agents in charge of neutralizing possible UFO´s eye witnesses, during the fifties and the sixties in U.S.A.. In Brazil we could call "silencers" all that cultural pseudo-elite whose in mission to represent a fake "Voice of Brazil", silenced its true voice.
One of their most efficient agents, who mixed a perfect influence agent with high popular music skills , declared - after decades of dedicated services to communism, especially to the Caribbean Murderer - that he will remain "in silence" on the facts of the Worker´s Party corruption. This is, Chico Buarque de Hollanda the singer, songwriter and now writer, declared that will say nothing on these events. Nothing more appropriate for the occasion. It was a shame that it happened during the infamous "Literature Journey" - a big event joining books, some good writers and a bunch of leftist militants posing as "writers" back in my hometown, Passo Fundo/Brazil - where he received some kind of award before an audience including hundreds of kids. They could have been removed from the room to avoid to listen such words.

"Chico" (a short name for Franscisco) Buarque has just joined the band called the "Quiet Silencers", a group of pseudo-regretful communist, the Maria Magdalenas from Workers Party, headed by the indefectible Marilena Chauí (a hardliner socialist acclaimed as a main "philosopher" in Brazil, the one that identified herself as an "organic" intellectual of the party). The useful silenceness from these people, specially from who always defended so intempestively the "cause", seems to have a very different meaning from the majority consent. It is not a mourn silence. By the way, as it always happens with any leftist manifestation: never buy it for its face value, therefore the damage is certain.
The silence of our daring silencers, nothing has to do with the refusal in criticizing their so loved left or a sort of "mourn" for the dead ideals. Nothing of these. I am almost certain that our heroes had decided for silence just not to do the opposite: to publicy support the party and its struggle strategy. Let me explain it: what can be more sublime for Communists than to see their party using the classic Leninist strategy to manipulate their "burgeois enemies" as partners for the construction of a powerful and totalitarian party ? Looking through this prism, Roberto Jefferson's "mensalão" (big monthly salaries paid to the congressmen in exchange of their preemptive approval of government acts, revealed by former allied coalition party leader Jefferson) could no more than a brazilian buffoonery version of "Nazi-Soviet" pact just before the WWII between Stalin and Hitler. If even Hitler betrayed Stalin when realized the big picture, so why didn't Jefferson?

The silence of these wolves (werewolves) on these events is only a pleasant way to the opposite: unrestricted support. If they dare to show their approval this moment, this could be disastrious to their image. It's better to receive their awards in silence, waiting for the moment to fight back against the "enemies" of the party.
Definitively, these acts of ritual silence from the ones that never refused to support the party has just one meaning: "Silence gives consent".