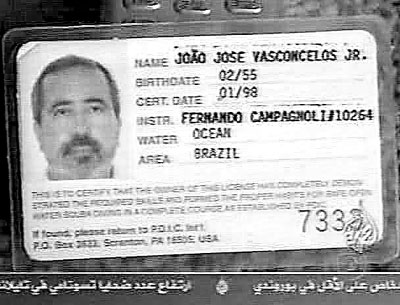 João José Vasconcelos Jr. was kidnapped in Iraq in 2005.

Brazilian President Lula da Silva do nothing that could "embarass" his friends in the Region, all of them supporters of terrorism and anti-americanism. That´s why he couldn´t criticize terrorists who kidnapped Vasconcelos. Instead Brazil in the polite mode "ask" their friends (Syria, Iran) for information. It was like to ask the burglar where the money is.

For Lula and his Foreigner Policy the death of a Brazilian is just a "side effect" or "collateral damage" created by his supportive action to the Foro de Sao Paulo actions.

I never even heard about his capture. May he rest in peace.