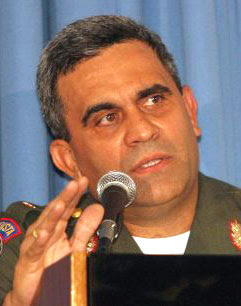 These are Raúl Isaías Baduel photos, General in Chief of The Venezuealn Army. He is a long "comrade" of Chávez, having supported his coup état attempt in 1992.

In 2002 managed as a commander the Army`s Parachute Brigade in the operation that gave back the government to Chávez after the coup of April 11th, 2002. 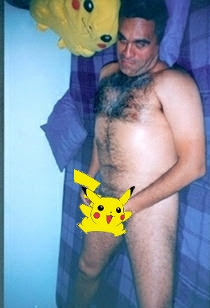 The Venezuelan people knew Baduel´s other face when the homepage of National Assembly was hacked and this photo (among the others) was put in place.

So, the moral of the so called "Bolivarian Revolution" is revealed. Chávez, Baduel and others who tried and failed to take the Venezuelan by force in 1992, close a TV station because it was "golpista" (supporter of coup d´etát).

The only thing that I really do not understand is the presence of Pikachu on bed aside of the "General"...
Below, a video from you-tube.

Ha ha. I almost feel sorry for him, almost.