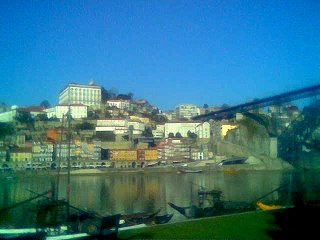 A year ago I decided to create a second english blog called "Simply the Truth" with excerpt of new evidence brought by books (through Google print and others) or websites that were in the archive of the internet.
Just to document it.
I am linking some documents I put there, due to the Pinochet's death.
I am pro life and condemn violence of any kind but I've read some opinions that makes me republished it again.
Pinochet was a dictator? Yes, just like Fidel, Mao and other leftist beloved myths.
The truth is that Pinochet was not a "dictator that destroyed democracy in Chile", he was the opposite!
According to historic sources, Allende who was destroying the Chilean Democracy! And the chambers of deputies in Chile asked the Army to throw Allende off.
It was, in reality, a dictactorship created by the democracy!

All leftist revolutions - since French revolution - decay in mass murder, terrorism and no democracy. If one tries to stop this, it will not be a "peaceful" task, cause the other side always pursued their goals through death and terror.
Revolution is a Pandora's Box. But don't blame it all to Pinochet.
Read this excerpts from Simply the Truth - by José Piñera

It is true that Salvador Allende was elected President of Chile in 1970 by means of a democratic election (although with only 36.6% of the vote). Nevertheless, it is equally true that his government lost its democratic character by repeatedly violating the Constitution. The Economist said it clearly at the time: " The temporary death of democracy in Chile will be regrettable, but the blame lies clearly with Dr. Allende and those of his followers who persistently overrode the Constitution" (September 15, 1973). In effect, President Allende became a tyrant when he broke his solemn oath to respect the Constitution and the Chilean laws. There are numerous evidences to that effect (including a clear statement of the Supreme Court), but the most important one--and widely unknown outside of Chile--is the momentous Agreement of 23 August 1973 of the Chamber of Deputies (the Lower House of the Chilean Congress), which I have translated and posted as "The Declaration of Breakdown of Chilean Democracy".

Here, the full transcript of the "The Declaration of Breakdown of Chilean Democracy"

On next Saturday I will be going to Portugal.
It´s a preliminary trip, but in a short time I will live there.
I will be missing many persons here, my family, my little daughter, but Brazil is a dead-end road for anybody that wants to live under a minimum standard of decent living.
Brazil is a country that used to have just three days of Carnival a year, but by now the Carnival is 365 days long every year.
The whole country decided to live in the fantasy, while crimes, corruption and the body count is raising day by day.
The fact is that I´ve just received a business proposal and accepted.
I want a better future for my daughter. A see it as a great opportunity.
I know many people consider Europe dead - morally, politically and culturally, but even dead is better than the non-stop orgy-carnival-bloodshed that is Brazil.

Don´t worry, I will try to update this blog when possible.

Olavo just started his virtual radio, called "True Outspeak"
where he makes some reading of the actual lanscape of Brazil and United States too.
The hearers can interact using a phone number indicated on the site.
English speakers are allowed too.
The first broadcast was december, 4th and the next will be on december, 1th.
Stay tuned!

The Truth about 3D? (December the 3th) in Venezuela

It seems that Rosales stopped the real "Bolivarian" revolution.
Chávez knew that he was going to lose the elections and prepared a bloodbath - with  his armed militants - to kill (in fact) the opposition and to start a totalitarian "bolivarian" regime.
Rosales dismantled the bomb and weakened Chávez' position, once the violent groups that support him ( and waited for Chávez debacle in the elections as a password to start a communist regime with the killing of the opposition) will not support this kind of constitutional regime. Chávez promised the "Revolution" and now he has to get even with them.

At least is what is read in this post on "Noticero Digital".

This video caught the exact moment - just after Rosales conceded the victory to Chavez - that Pablo Medina, a founder of one of Venezuela's principal opposition parties, La Causa, took the microphone to announce the REAL numbers of Venezuelan elections "Rosales: seis milliones...." so the transmition is cutted to the studio ...
Rosales, the real winner of december 4th, elections??

Only hours after my last - and a little bitter - post, the site Chavilarism
brought this interview with Peña Esclusa that confirms the obvious for me: Rosales won the elections! But made a deal to protect himself from Chávez...
Exactly what happened in Brazil, where the "opposition" guy just denied to reveal the true nature and liasons of the government of Lula da Silva.
It was not the social programs. It was not money. It was fraud.
Simple and plain.
Read on!

Posted by Luís afonso at 2:31 PM No comments:

I don´t believe what happened.
Venezuela was the last glimpse of democracy in LA, in my opinion, because has a real opposition.
I believe all the polls were a fraud. I believe Rosales could win.Chavez only by cheating, as he did in the past.
I believe that such thing happened - Chavez victory - the opposition united would started to show what happened to all the world.
Rosales "conceded" earlier than Kerry in 2004 against Bush.
I want to know: if there was fraud it could not be such thing as "concede". Look what is going on in Mexico: To the left - even when they lost a real democratic elections- they pretend that it was robbed.
If there was fraud in Venezuela, opposition never could conceded. Where there is fraud there´s no democracy at all thus not reasons to do such thing.

If the elections were democratic in Venezuela so all the analysis from the opposition and dozens of sites were failed. Only for this motiv, could be a reason to think that opposition lost another round in the democracy game.

But it means that there´s no such thing as the Foro de Sao Paulo, that all countries in LA are stepping the gas towards a troglodite lefty model all by theirselves with no help from nobody.
FARC (Fuerzas Armadas Revolucionarias de Colombia) acclaimed the Lula victory as just Britney Spears fans - that love to watch her videos- do : only as interested spectators of the show.
Lula helped Chavez just a friend, nothing to do with the Foro...

To believe this is to believe in Fairy Tales that tells that no matter how worst the things may become, everything is going to be all right, in the end. If it is not ok it is just because we are not in the "end" yet.

It sounds totally Darwinist: there´ll be an evolution, and when it occurs all will solved...

I don´t believe in evolution, in fact I believe in devolution: Nothing is worse that cannot be worser.

Rosales could not consider Chavez a fair competitor. It sound as a joke. There´s no democracy to hope in the future..

Latin America right now remembers me an old song that I used to hear when was in my twenties, that said: "No Future.. No Future for you..!" (Sex Pistols - "Anarchy for the UK").
Posted by Luís afonso at 12:04 AM 1 comment:

Today is the day!
I've read some newspapers in Brazil that says Chavez is going to win. As just as plain fact.
But I know that if there's such "democratic elections" thing in Venezuala, Rosales will be the next president.

Let's wait and hope that true democracy could emerge from Venezuela this time.

I love Venezuela and the Venezuelans too, and pray that their voices could be heard through the curtain of silence made by Chavez.