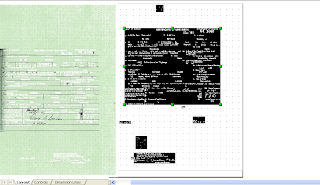 Att
Daniel Wachholz, which is art-finisher
Posted by Luís afonso at 6:52 PM No comments:

The Real Aim of Communists and Their Heirs

This blog exposes the communist perspective on the alliance US-URSS to defeat the Nazi in the 2nd World War. There´s no reason to believe that nowadays, their heirs pursue the same goal, as Golitsyn has informed almost 30 years ago.

The Sole Aim of Alliances with the West | The Moral Liberal: "Our collaboration with capitalism during the war which has recently ended, by no means signifies that we shall prolong our alliance with in the future. On the contrary, the capitalistic forces constitute our natural enemy despite the fact that they helped us to defeat their most dangerous representative. It may happen that we shall again decide to make use of their aid, but always with the sole aim of accelerating their final ruin. (2)"
Posted by Luís afonso at 8:06 AM No comments:

The city that I live in... Amazing video

PORTO with a SONY PMW-F3 from FilmesDaMente on Vimeo.

Posted by Luís afonso at 5:12 PM No comments:

Not only Jihadist terrorists feed the violence in Rio. The average crime continue its route.
Some of them became so regular that are not noticed are big news anymore.

But this case is different because it was an attempt to silence a blogger for his political views and denounces, but remains quite "no news" in the media in Brazil.

A blogger, Ricardo Gama, was shot several times in an attempt of assassination in Rio de Janeiro in late March.
Ricardo, who is a loud critic of corruption and suspicions relations among drug smugglers and high rank politicians in the state, including the governor Sergio Cabral and Rio´s mayor.
Afterall, he is alive and returned to his youtube emissions and his blog, ricardo-gama.blogspot.com ,but his case remains quite unnoticed by the major media outlets in Brazil.

Here some links on the case:

Blogger Ricardo Gama says that if something happens to you, is to blame Cabral

Posted by Luís afonso at 1:10 PM No comments:

More details regarding to the attack.

In a coincidence, 5 days before the shooting, the major Brazil´s weekly magazine "Veja" (look!) cover report titled "The terror network in Brazil" exposed the connections between Jihad´s extremists in Brazil. Some CIA sources revealed how the these extremist act.
One of these reports speakout about an African man that is "exporting terrorists" to US and England for two years now and using Brazil´s state of Sao Paulo as headquarter.

The biggest media watch site in Brazil, Midia Sem Mascara (created by philosopher Olavo de Carvalho) published in the same week a column by Diogo Chiuso that gone into the very center of the issue: How the São Paulo Forum (our old acquaintance..) is promoting the liasons among South American terrorist like Farc, with European terrorist like ETA, Jihadist groups like Al-Qaeda and the leaders of the region, that includes Lula da Silva, Chávez, Evo Morales. It revealed: "In the book The Day of Islam, Paul Williams (a former CIA agent) cites the Sao Paulo Forum as an articulator of bargaining between terrorists and drug traffickers."

The fact that these reports hit blank point: The "protest" against "veja", for an example, can be measured by this Google search ("Veja odio islamismo no brasil" - Google research)
where dozens of pro-islamic websites repeated the very same article accusing "veja" to be "anti-islamist". One of this articles said "Veja magazine is sowing the seeds of hate towards Islam".

No, it was not "veja" that "sowing the seeds of hate". You, Jihadist-islamic people are the ones that hate everyone.
It was not a suprise to see the Sao Paulo Forum involved, cause they reunited all US haters in South America and reached out to all anti-US leaders of the world, like Kadaffi, Mugabi, Ahmajinehad.. Why did they get Jihadist out of this league??? Of course not.
Posted by Luís afonso at 1:10 PM No comments:

Last Thursday (April, 7th) Wellington Menezes de Oliveira killed 12 children in a school in Realengo (Rio de Janeiro). He entered the school and as a former student, tell to the people the he was going to make a speech in one of the classes. He brought two guns (no registered) and reloaded the gun 9 times before he was shot and killed himself.

He wrote a letter with strict rules that must be applied to his funeral, with outstanding references to that written by Mohammed Atta (one of the perpretators of 9-11 attacks).

When the news emerged the connection with Islam was clear: he declared himself as a muslim (after left Jehovah Witnesses four years ago).
But as soon as it emerged, the "cleansing" of the Islam connection started.

Many people in Brazil wrote on the case as the "Brazilian Columbine". Despite they had been occurred in a school, the Brazilian case must be considered as a twin of the Fort Hood case.

He received some instruction by the internet. He was a part of a group called "group". He broke his computer at his home to avoid investigations to find some link.

Just like in US, the "investigators" don´t want to pursue such leads. They believed Wellington was a lone lunatic that acted on his own.

"In the manuscript, Wellington back to quote the "group" - and the name of someone who would have come from abroad is repeated, Abdul: "I'm sure it was my father who sent them here in Brazil and he recognized Abdul told him to come with others precisely to Rio .. because when I met them and revealed 'everything' to them I was 'very' well received and there was great celebration. " (..)

"The fixation on terrorism had been felt by people living with Wellington, as the barber who attended him seven years ago. To the police, he said that "in Wellington last year has let his beard grow, reaching lengths up to his chest." When played with Wellington, saying he would cut his beard, the customer stopped him, saying "I'll be expelled."

"The charge of the investigation does not consider it necessary to open this line of research. "All extremist groups are out of question. He was rather a fool, who so cowardly decided achieve the life of defenseless children and then committing suicide as it happened," says the officer Felipe Ettore."